The combined MainStay Suites/Sleep Inn & Suites hotel that opened earlier this month is a first for Lincoln. 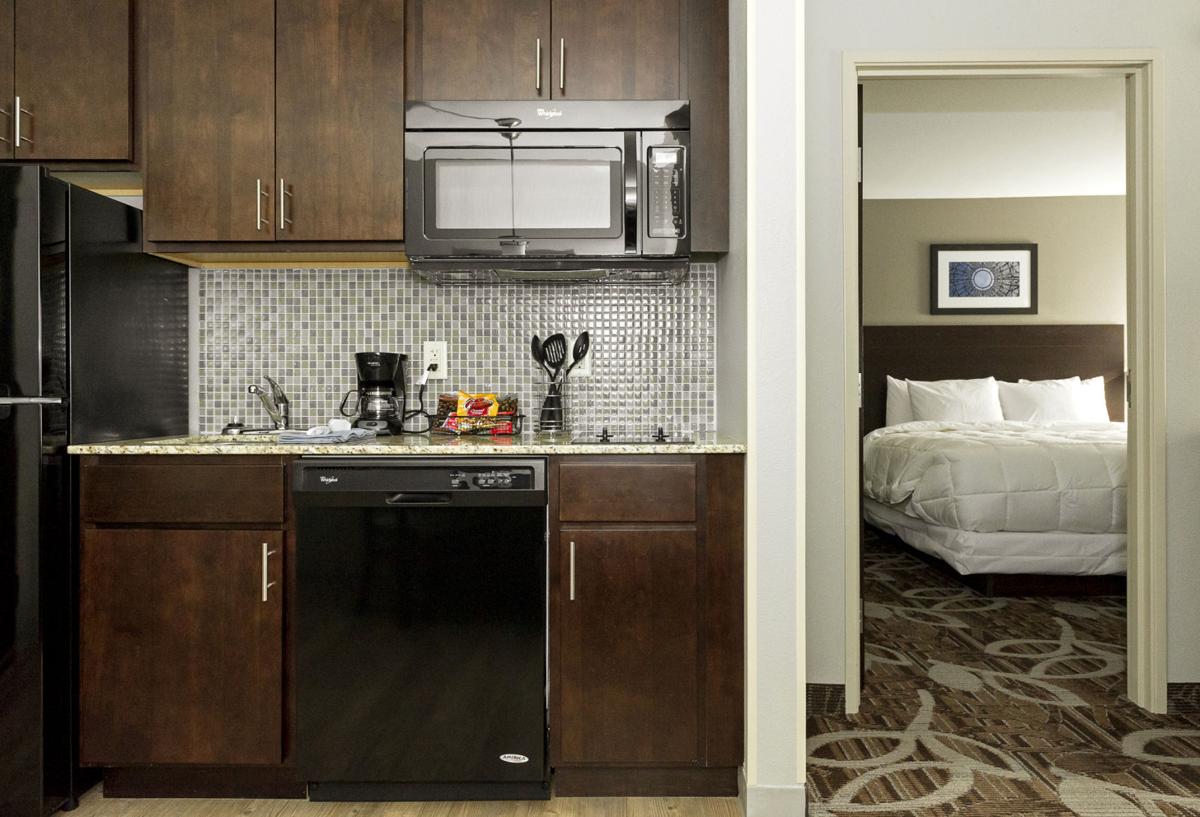 All 40 MainStay Suites have full kitchens and some, like the one pictured here, have separate bedrooms. 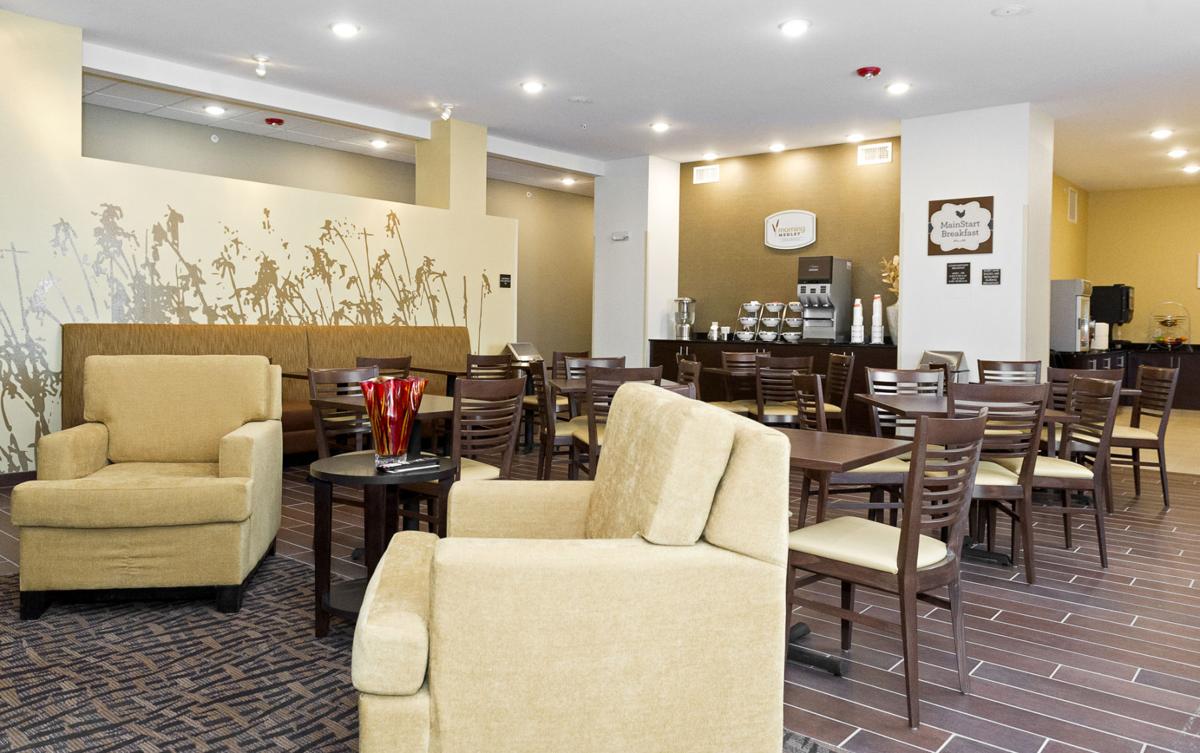 The MainStay Suites and Sleep Inn & Suites at 2803 Folkways Blvd. have combined to offer shared amenities under one roof, including a large breakfast and lobby 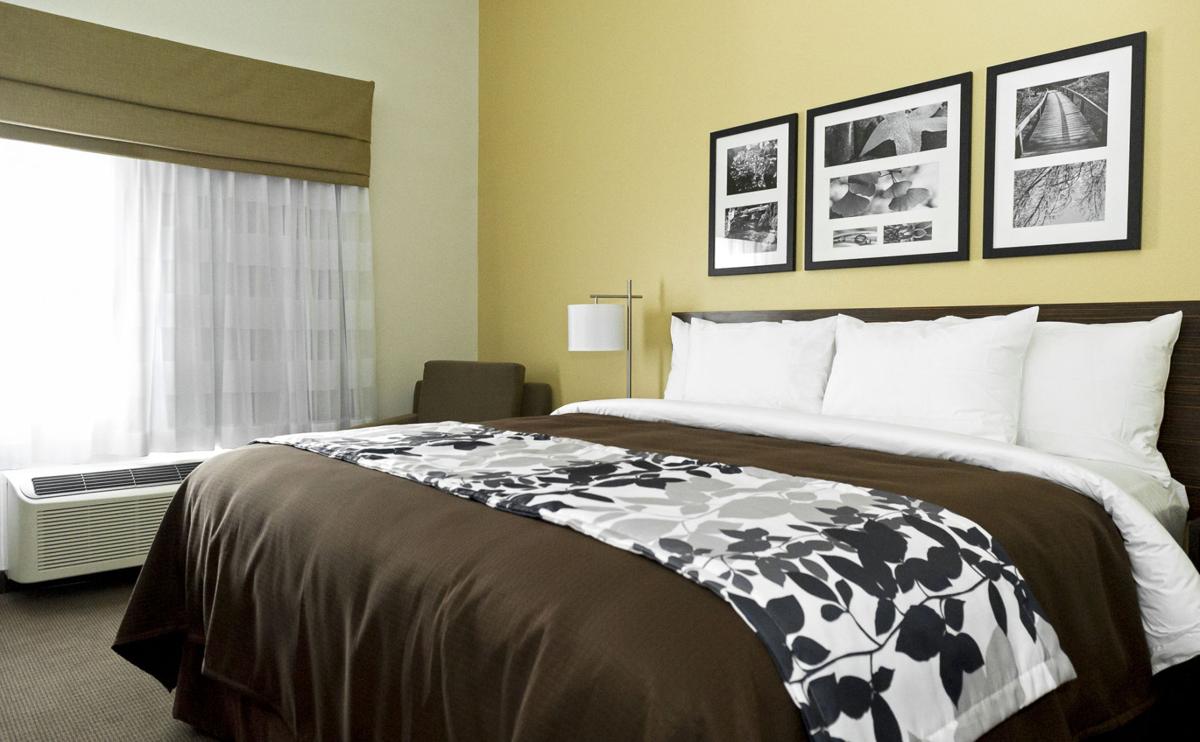 View of one of the bedrooms at the Sleep Inn & Suites. with a king size bed 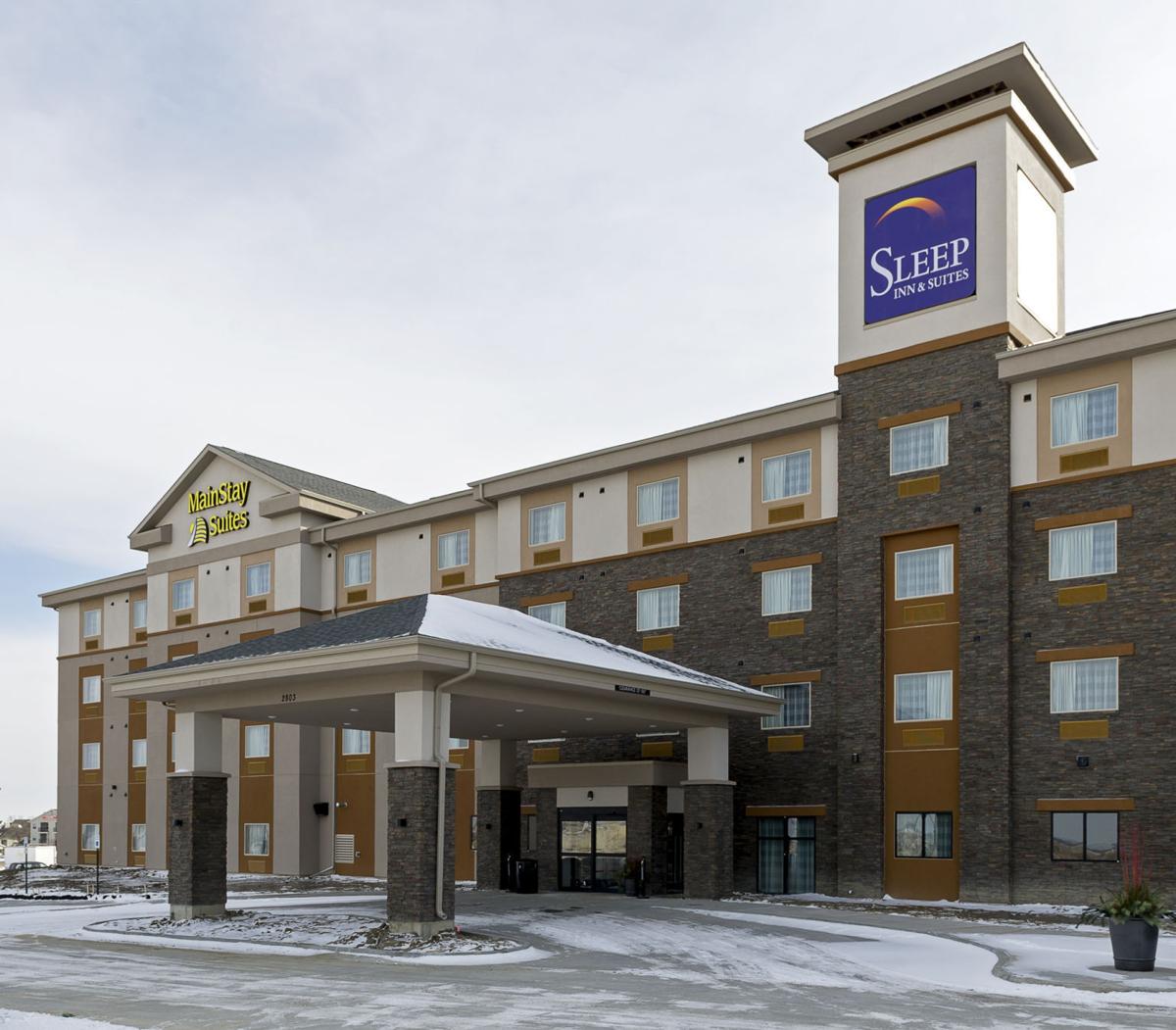 Lincoln’s new hotels include a unique combination property, with MainStay Suites and Sleep Inn & Suites opening in the same building.

A new concept hotel in Lincoln opened earlier this month.

The four-story, 96-room hotel is only the second in Nebraska to have two hotel brands under one roof, said Blayne Harcey, the hotel’s director of sales. It is also only the third co-branded Sleep Inn and MainStay in the United States.

Of the 96 rooms, 56 are for Sleep Inn & Suites and 40 are MainStay, which is an extended-stay hotel concept.

While Sleep Inn rooms are standard hotel fare, Mainstay rooms have full kitchens with dishwashers, and some have separate bedrooms.

Harcey said it’s not unusual for hotel companies to consolidate two or even three brands they own in one location, but they’re almost always in separate buildings.

Bringing hotel brands together in one building is a relatively new concept, he said.

At the Lincoln Hotel, one side of the hotel has MainStay rooms and the other side has Sleep Inn rooms. All other amenities, such as the pool, fitness center, and breakfast room, are shared.

Harcey said that for guests, having two brands under one roof can mean access to amenities they might not otherwise have at a single-brand hotel.

This AL hotel concept is the next big thing